Plant a tree in memory of Janis
An environmentally-friendly option

Janis Catherine (Hinders) Stahl, of Hilliard, Ohio, passed away peacefully on June 6, 2021 after a long battle with breast cancer and recent congestive heart failure. She was 89 years old.
Janis was born in Dayton, Ohio, June 30,1931 to Aloysius and Irene Hinders. She studied nursing at St. Elizabeth Hospital in Dayton and became a Registered Nurse in 1953, beginning a career of service which lasted forty years. She started her nursing career at St. Elizabeth Hospital, then at a private practice in Dayton, and later at Fayette County Memorial Hospital in Washington Court House, Ohio. She finished her career as Director of Nursing at the Case Convalescent Center in Washington C.H., where she worked for twenty years.
Janis married William (Bill/Bucky) Stahl of Maysville, KY, in July 1960 and they raised three daughters in Dayton and later in Washington C.H. Janis, a faithful Catholic, was an active member of St. Colman Church in Washington C.H., and later attended St. Charles Borromeo Church in South Charleston, OH, and at the end of her life, Ss. Simon and Jude Church in West Jefferson, OH.
Janis was an avid reader her entire life, and enjoyed music, sewing, cooking, and was an especially mean card player. Her greatest joy in life was her family and being a mother and grandmother, and wife to Bill. She will be remembered for her quiet calm and unwavering patience, sensibility and graciousness, and above all, her incredible strength of character and fortitude through the hardest times in her life. Janis was an incredible role model and treasured matriarch of her family.
Janis was preceded in death by her husband, William Stahl Jr, her daughter, Susan Severt, infant grandson Troy William Severt, as well as her parents, twin sister and brother. Janis is survived by daughter Joan Figley, of Hanover Park, IL, and daughter and son-in-law Laura and Eric Kimball of Hilliard, OH; son-in-law Brian Severt and wife Tina Richards Severt; eleven grandchildren & spouses: Maria Severt, Jacqueline Severt Henry and husband Tim, Mark Figley and fiancé Casey Salandra, Kelly Figley, Alexandra Montanez, Adam Montanez, Ethan Kimball and fiancé Brooke Curry, Elliot Kimball and wife Shelby, Alexandria Kimball, Brittany Richards and Hunter Richards, as well as six great-grandchildren.
Please join Janis’ family for a Memorial Mass on June 30th at 12:00 p.m., held at Ss. Simon and Jude Church, West Jefferson; luncheon immediately following in the church social hall. A private family burial at St. Charles Borromeo Cemetery will be held at a later date.
Charitable donations to the American Cancer Society or American Heart Association in Janis' memory are welcome.

Plant a tree in memory of Janis by clicking here.
To send flowers to Janis' family, please visit our floral store.

A service summary is not available

Plant a tree in memory of Janis
An environmentally-friendly option

Plant a tree in memory of Janis

2 trees planted in memory of Janis

Deepest Sympathy and Heartfelt Condolences at the loss of Janis Stahl. She was a special woman and she will be missed. Your family is in our prayers. God Bless!
Deacon Joe & Amy Knapke

A Memorial Tree was ordered in memory of Janis Stahl.  Plant a Tree 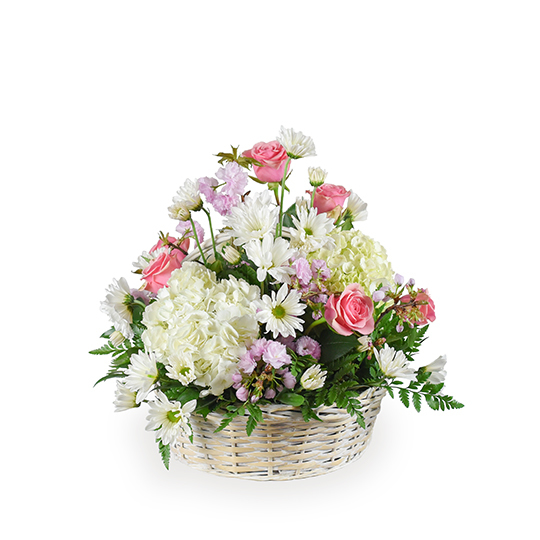 Monet's Garden Basket was purchased for the family of Janis Stahl by Love, Toni and Bill.  Send flowers

A Memorial Tree was planted for Janis Stahl

Plant a tree in memory of Janis